We renew our vows to strive for the realization of real Democracy, Rule of Law and the observance of Human Rights more than ever. 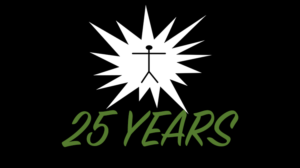 Having been working for the last 25 years HRCO has ever endeavored through its different program activities to achieve this mission it was established for.

Among such activities which services as a preventive measure is the dissemination of Human Rights to the authorities at different levels creating a sense of duty and comparatively on the flip side of the coin is the awareness creation to members of the general public as rights holders. This is aimed at ultimately creating genuine sense of duty towards the rights holder and an informed demand towards the duty bearer.

The activity that over the years has become the flagship activity of HRCO is the Monitoring and Investigation of Human Rights violations in the country. This activity is as such influential because it results in reporting and press release of violation that are verifiable and well documented. Moreover, their main aim and purpose is to call for justice also on behalf of the victims of violation, request for the accountability and emphasize the lessons to be learned.

In addition to these activities are the legal aid service which is aimed at supporting victims of violations pursue their cause, undertaking of researched and studies whose outcomes are advocated, observe  to conducting detention visits and Trail Monitoring to ensure human treatment of those accused and of detainees throughout.

As a result of such activities and related efforts HRCO has so far issued 36 regular reports , 141 special reports and many press releases in response different situations. Despite the challenges HRCO continues to contribute towards the observance of Human Rights, Rule of Law and democratization.

With such an engagement for the last 25 years it would not be deniable that there were challenges. While the challenges posed by the lack of awareness both from the duty bearer’s and the rights holder’s sides remain, the Authorities’ longstanding attitude towards the Institution and the new administrative measures imposed on all civil societies has endangered the existence of HRCO altogether. As a result of all such factors a number of Management members and ordinary members have been detained and released and there are ordinary members still detained. Members like Ato Asefa Maru have paid their dear life while other members have also fled the country.

The hostile attitude of the Government which sometimes seems to label the Institution as an opposition party rather than a simple civil society organization that is established in accordance to the laws of the land and operating accordingly had been a formidable challenge.

The Charities and Societies Proclamation number 621/2001 said to be enacted mainly to create a situation in which the operation of Charities and Societies is transparent and accountable stipulates that Charities and Societies working on Human Rights cannot obtain more than 10% of their budget from foreign source. This not only weakened many but has lead to the termination of a number of Charities and Societies engaged in Democratization and Human Rights activities. This proclamation has also lead to the caesurae of more than eight million birr of HRCO’s bank deposit collected from different sources. The caesurae of this cash raised through donation and gifts from within and abroad where the culture of donation and gift to such societies is not well developed and sometimes frightening has lead to a financial constraint. As a result many programs were scaled down, 50 employees were sacked at once and eight Branches were closed. In addition, based on this proclamation because did not have five branches in different regions of Ethiopia we were forced to drop the “The Ethiopian” and remain only as “Human Rights Council.”

Subsequent to the Proclamation’s requirement of re-registration, when HRCO requested to be registered anew, another criteria of scraping its Election Observation program and election  related activities from its by-Law was imposed. As a result HRCO did so and was not able to observe elections and sensitize voters on the election process.

These are only but some of the challenges that we went through to get to this time for commemoration of the 25th Anniversary of the Institution. However, let alone while in unfortunate situation of reports of deaths of fellow citizens during street protests we would not celebrate such an event such challenges. We would rather commemorate this day under the slogan of “All Human Right For All” while renewing our vows to strive for democratization, rule of law and the observance of rights without any reservation. In recognition of our commitment we have planned such events as holding the current Press Conference, a solidarity walk, conducting a discussion forum based research papers, Fund Raising Lunch where t-shirts will be sold and paintings auctioned. The dates and other details will be communicated accordingly.

The Human Rights Council is Commemorating its 25th anniversary on October 9 2016.

HRCO has planned to conduct a series of fundraising events such as;

Any person who is interested to support HRCO and its human rights efforts is highly encouraged to buy tickets, t-shirts from HRCO Main and branch offices.

Let’s stand together hand in hand for the respect and promotion of Human Rights in Ethiopia.

Please contact us if you have question or suggestion

The Human Rights Council HRCO calls for the respect of people’s right to demonstration and urge the government to stop the violence by State security forces. In its press release issued on September 1, 2016, HRCO highlights the excessive use of force by the government security forces and its menace on the peace and stability of the country.

The wide spreading mass protest in North Gondar against the maladministration and human rights violations in the Amhara Region ripens into clashes with the government security forces, resulting deaths of people. The protest expands into many parts of the region including Bahir Dar. Over 50 persons reportedly killed by the government security forces in Bahir Dar city in a locality called “Abay Nado” on August 6 & 7.

HRCO condemns the killing, the bodily injury, and detention of citizens for exercising their constitutional rights.

Here is the full report.

Stop the Violation of the Human Rights of Citizens Voicing Identity-Related Demands!!